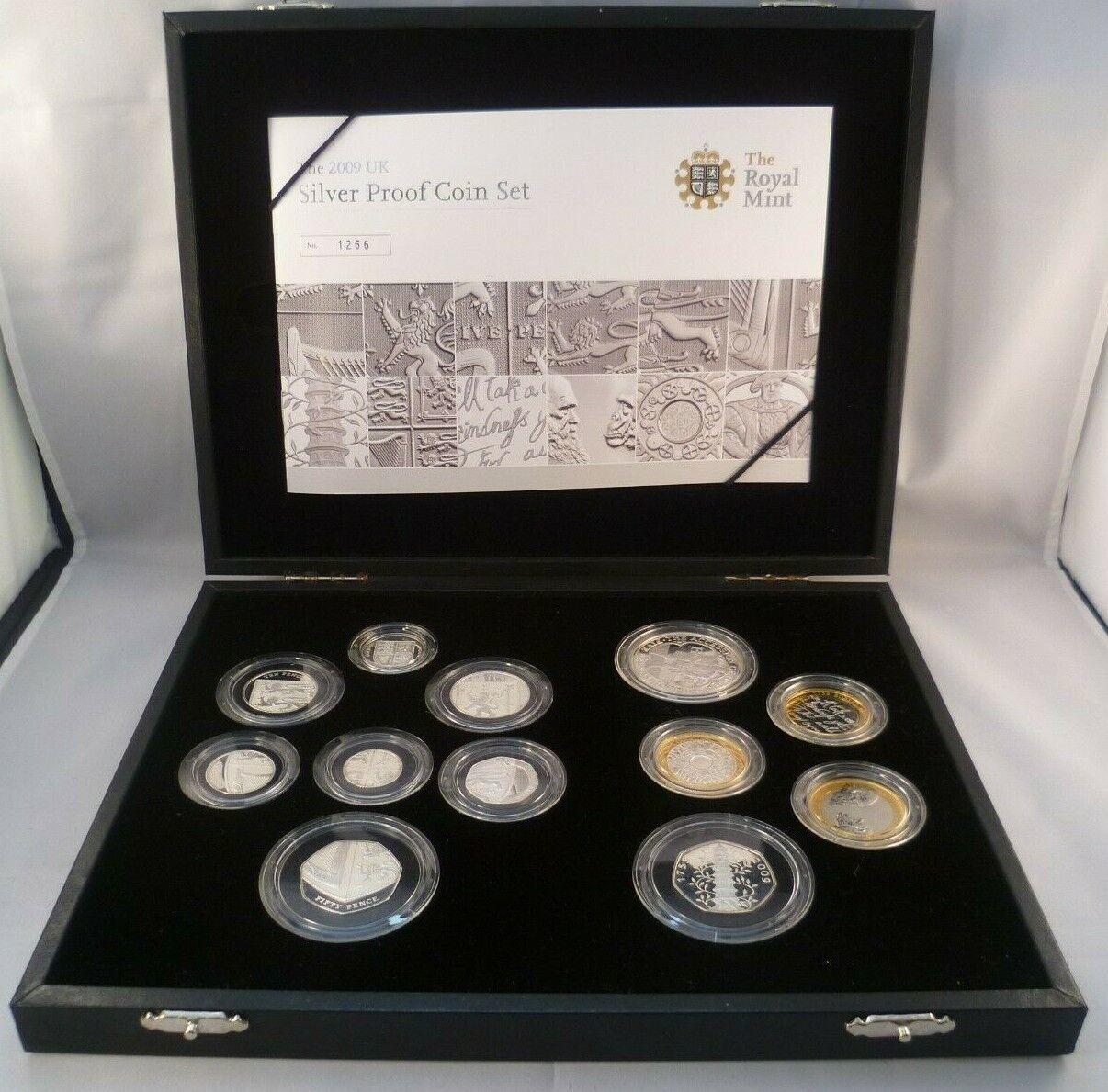 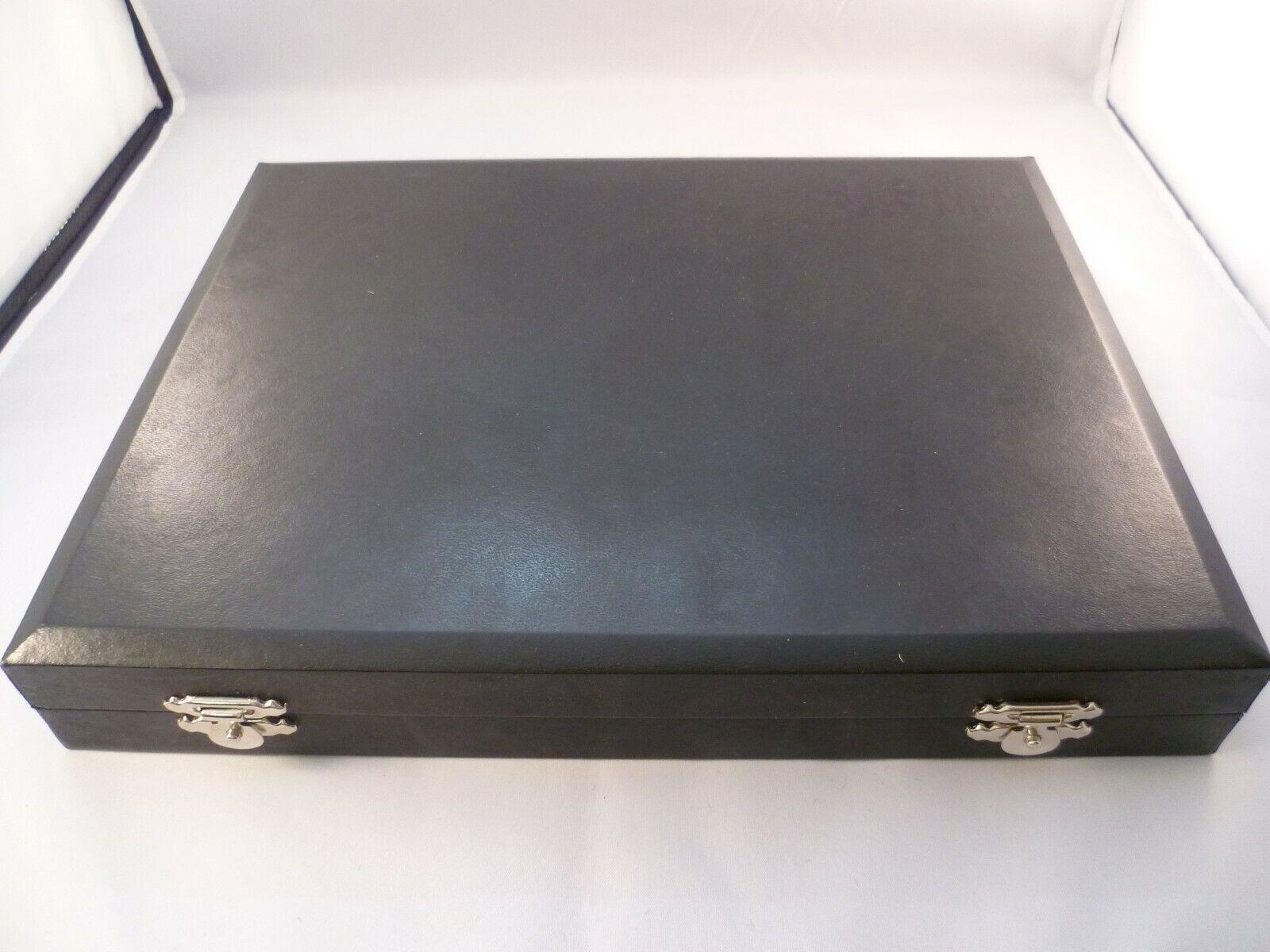 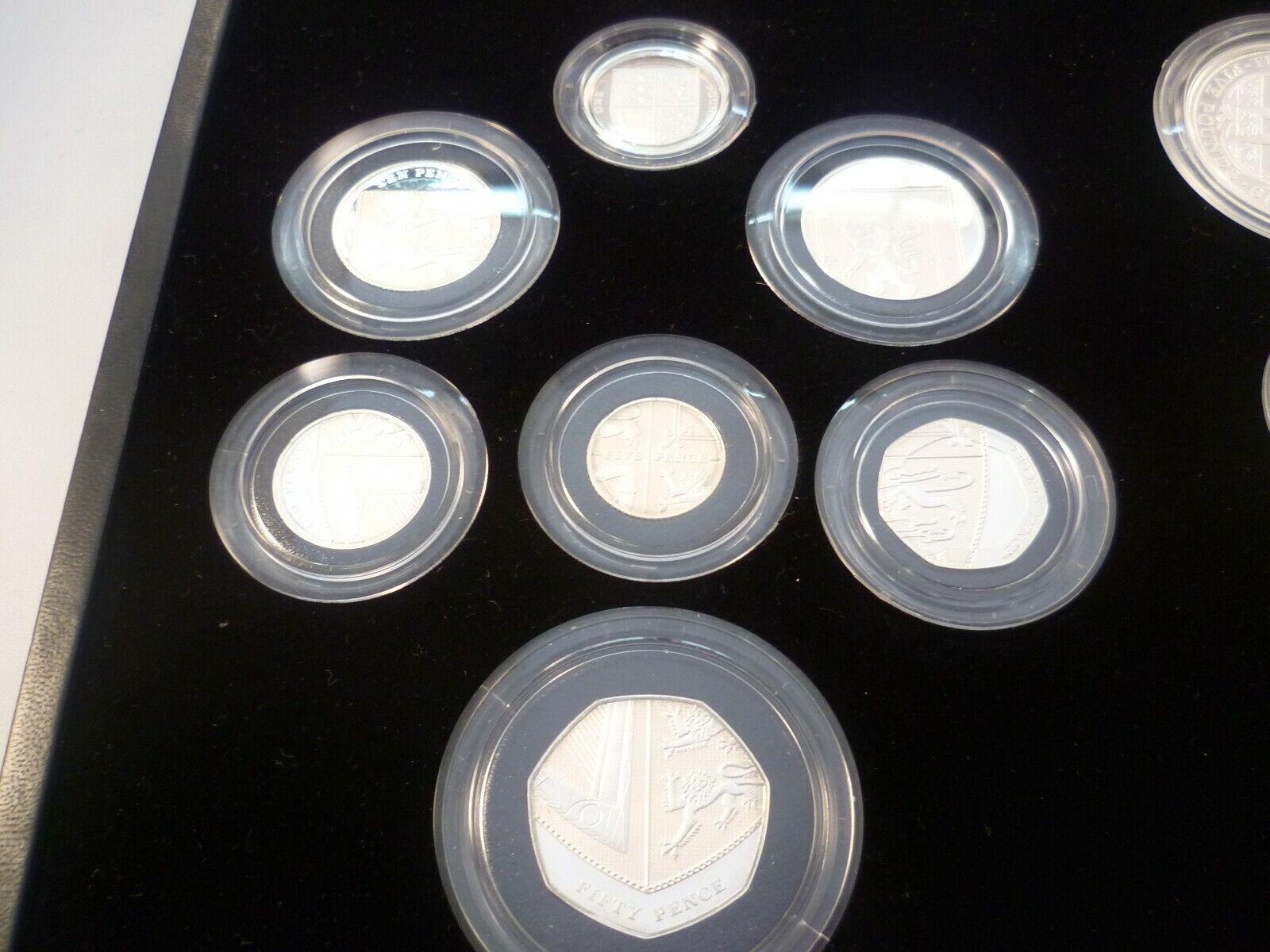 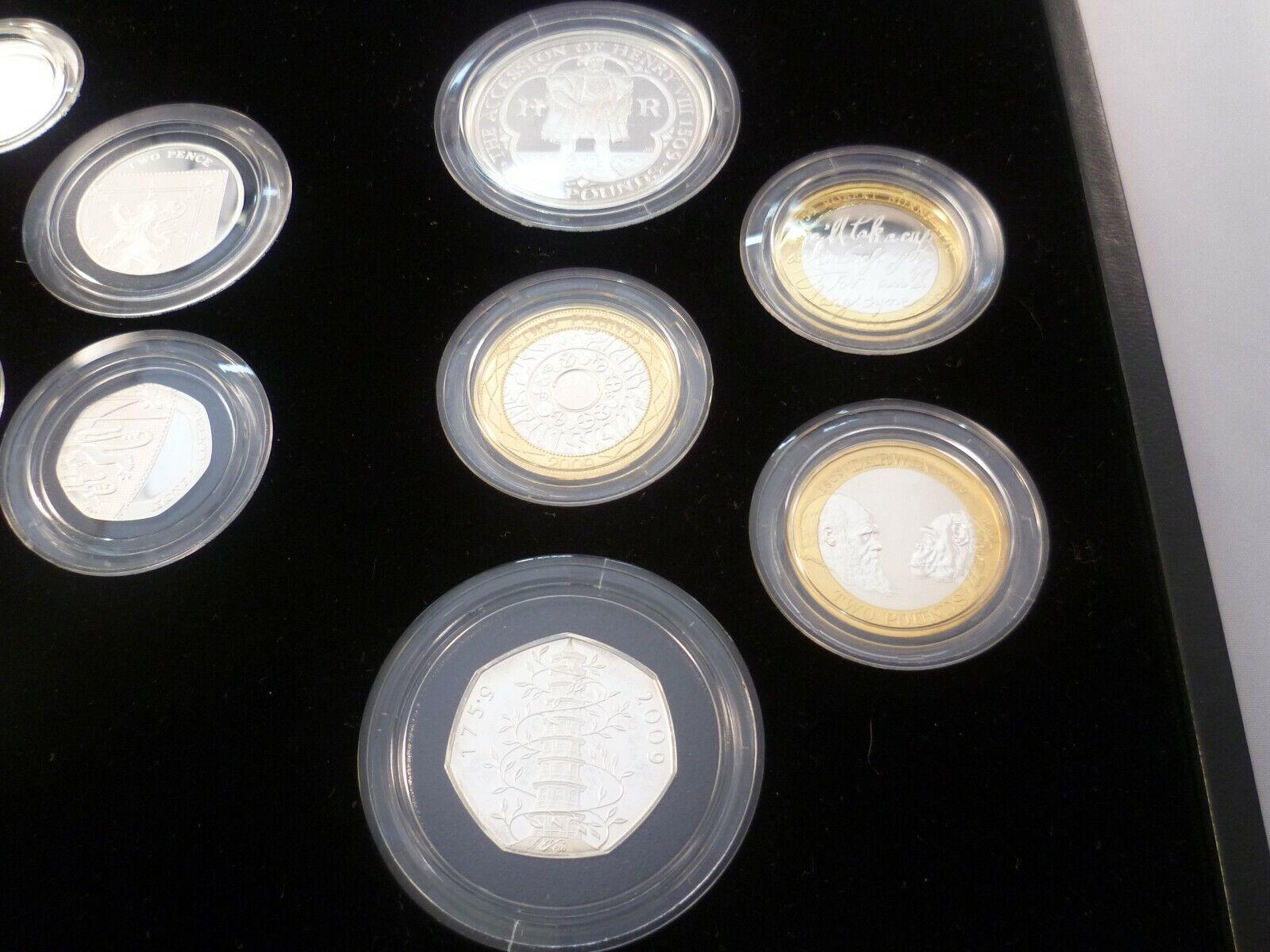 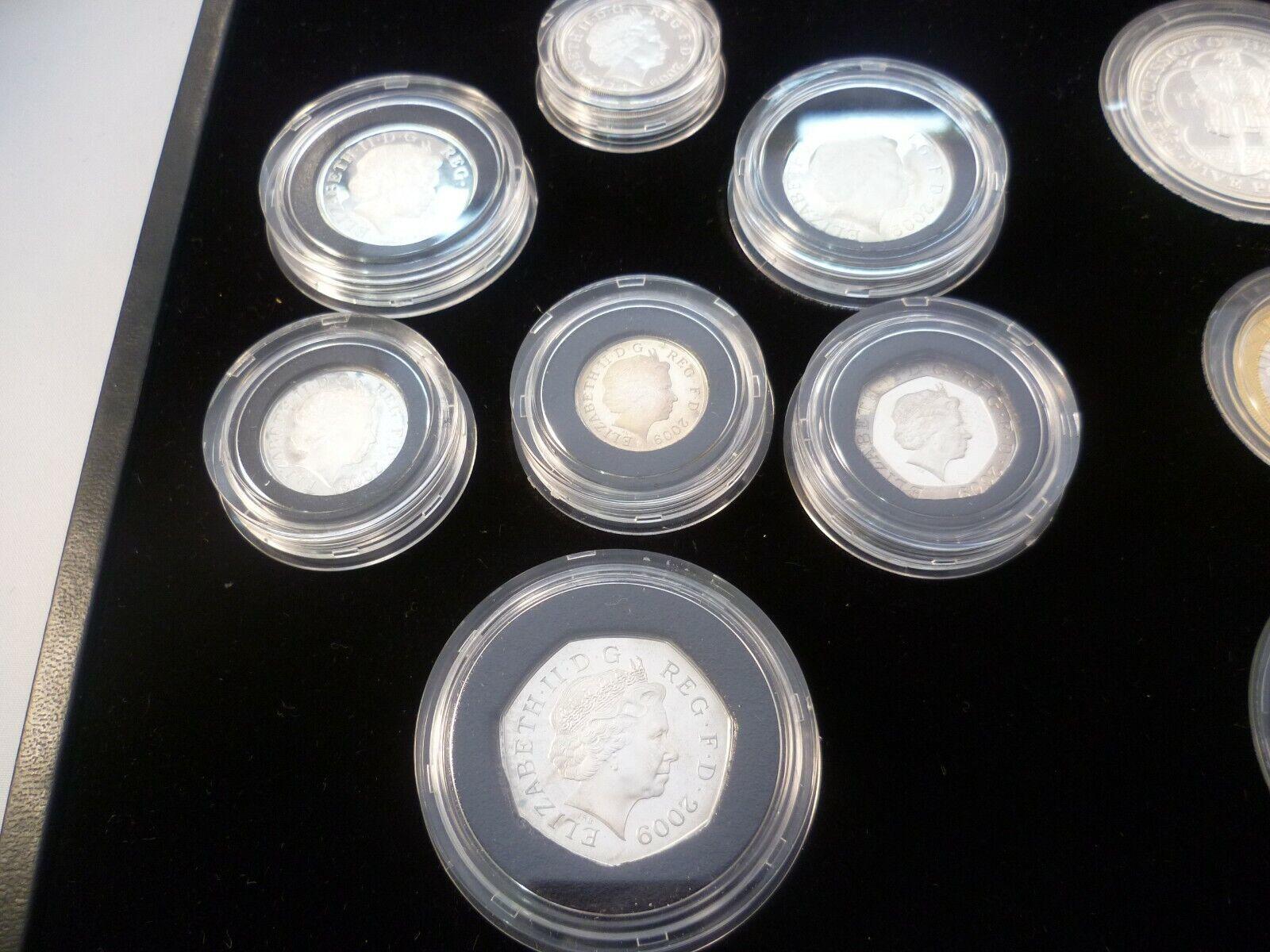 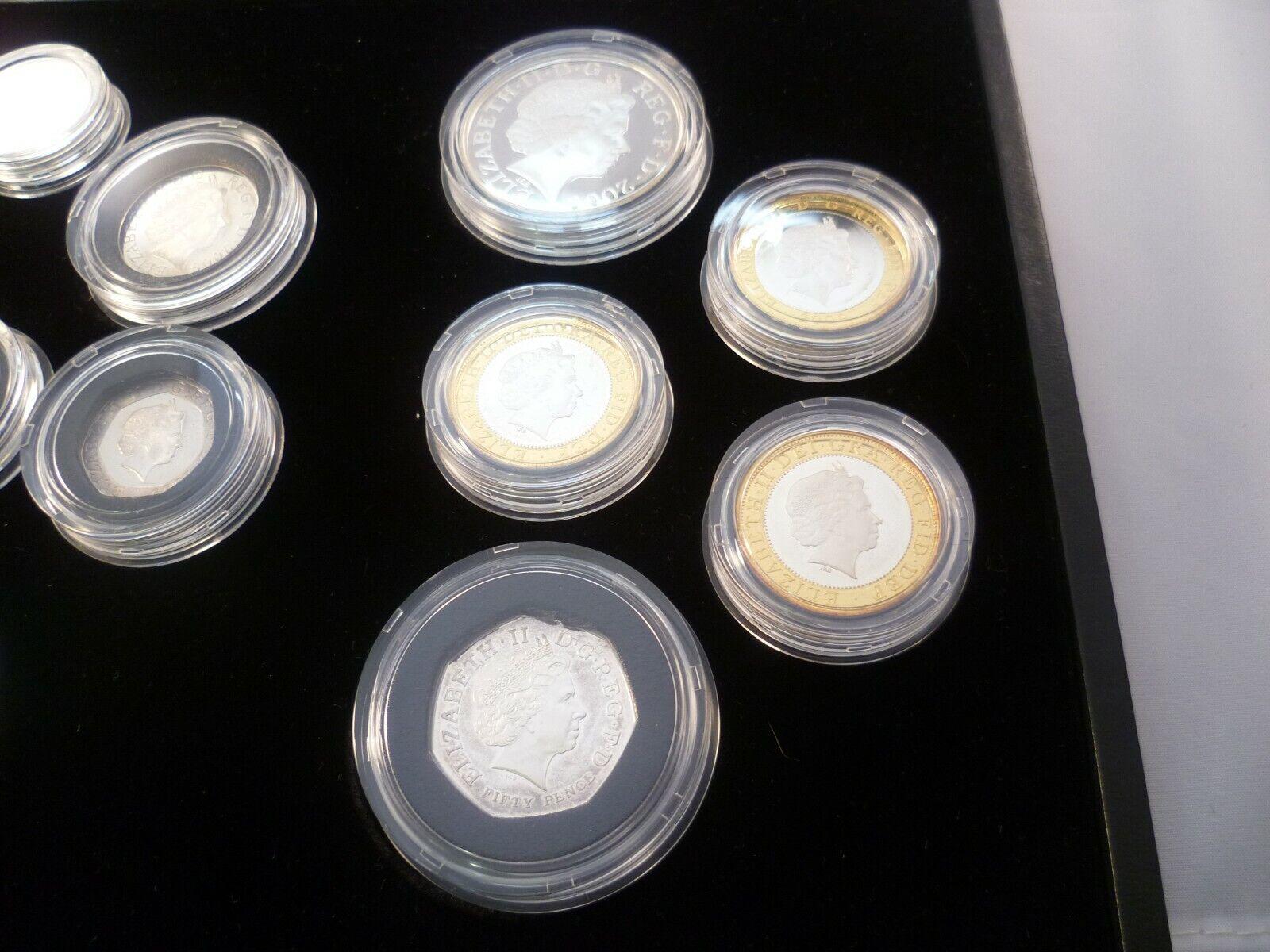 The fourth definitive UK coin portrait of Queen Elizabeth II, designed by Ian Rank-Broadley. This portrait was introduced in 1998.

The £5 Crown coin commemorates the 500th anniversary of the accession of King Henry VIII. The reverse was engraved by John Bergdahl, and it shows a full-size portrait of the King.

The definitive 50p, 20p, 10p, 5p, 2p, 1p coins portray six elements of the shield of the Royal Arms, which align to reproduce an overall image of the shield. The £1 coin fetures the entire shield. The coins were designed by Matthew Dent.

The £2 Charles Darwin coin obverse was designed by Suzie Zamit and it commemmorates the 150th anniversary of the publication of On the Origin of Species.

The Robert Burns £2 is inscribed with some of the words from Auld Lang Syne. It celebrates the 250th anniversary of the birth of Robert Burns.

The familiar Technology £2 coin is also present in this set.