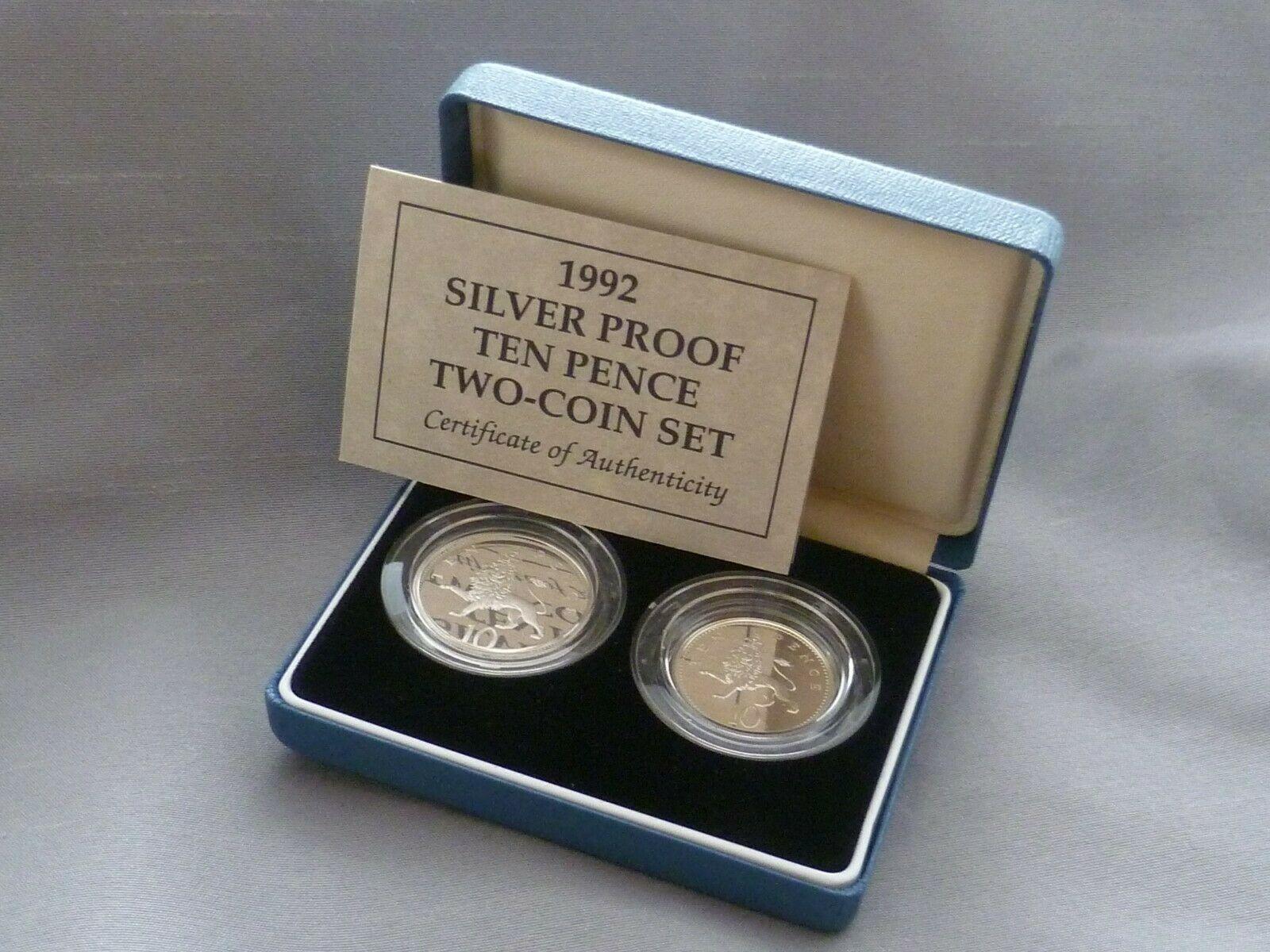 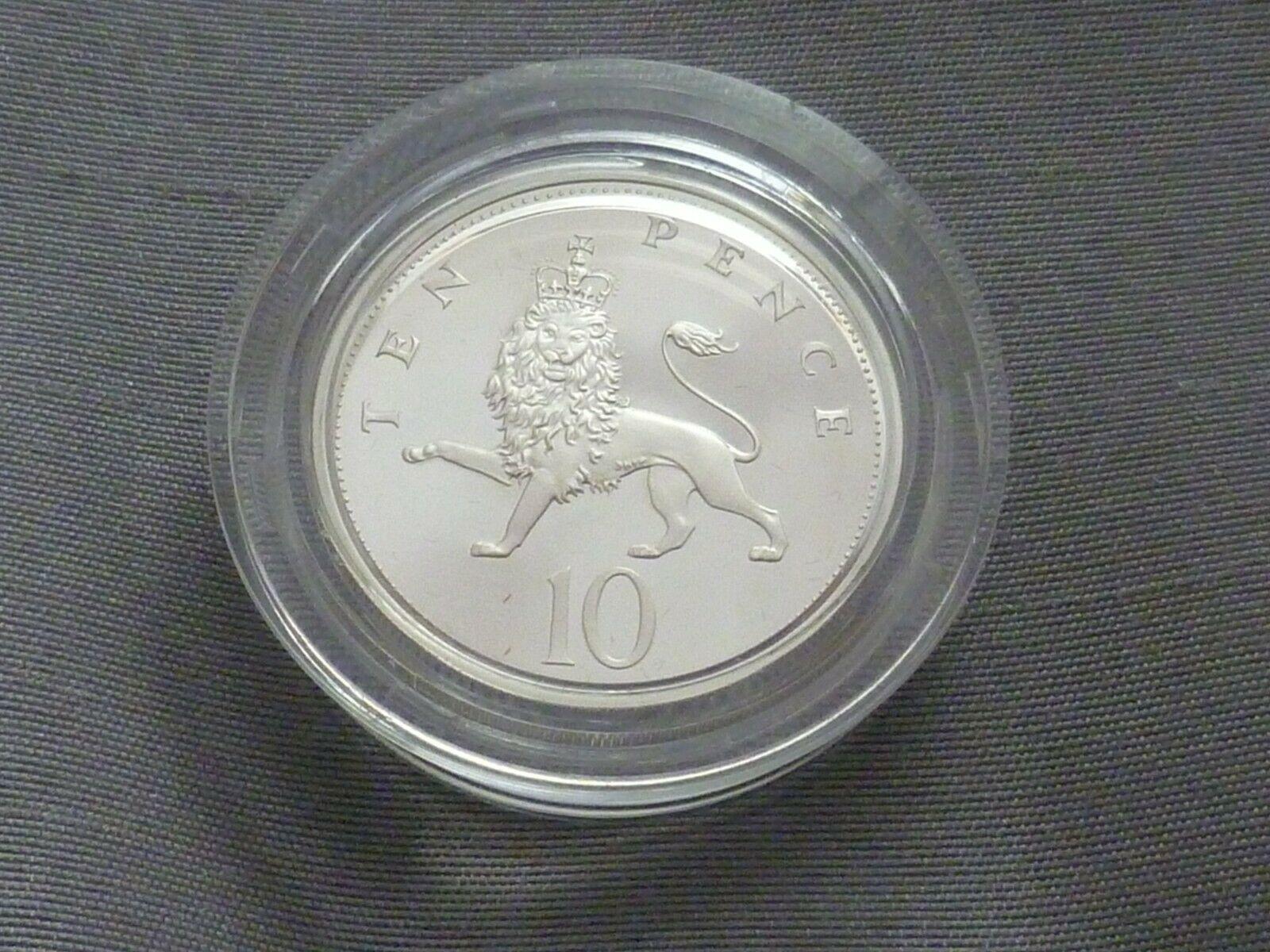 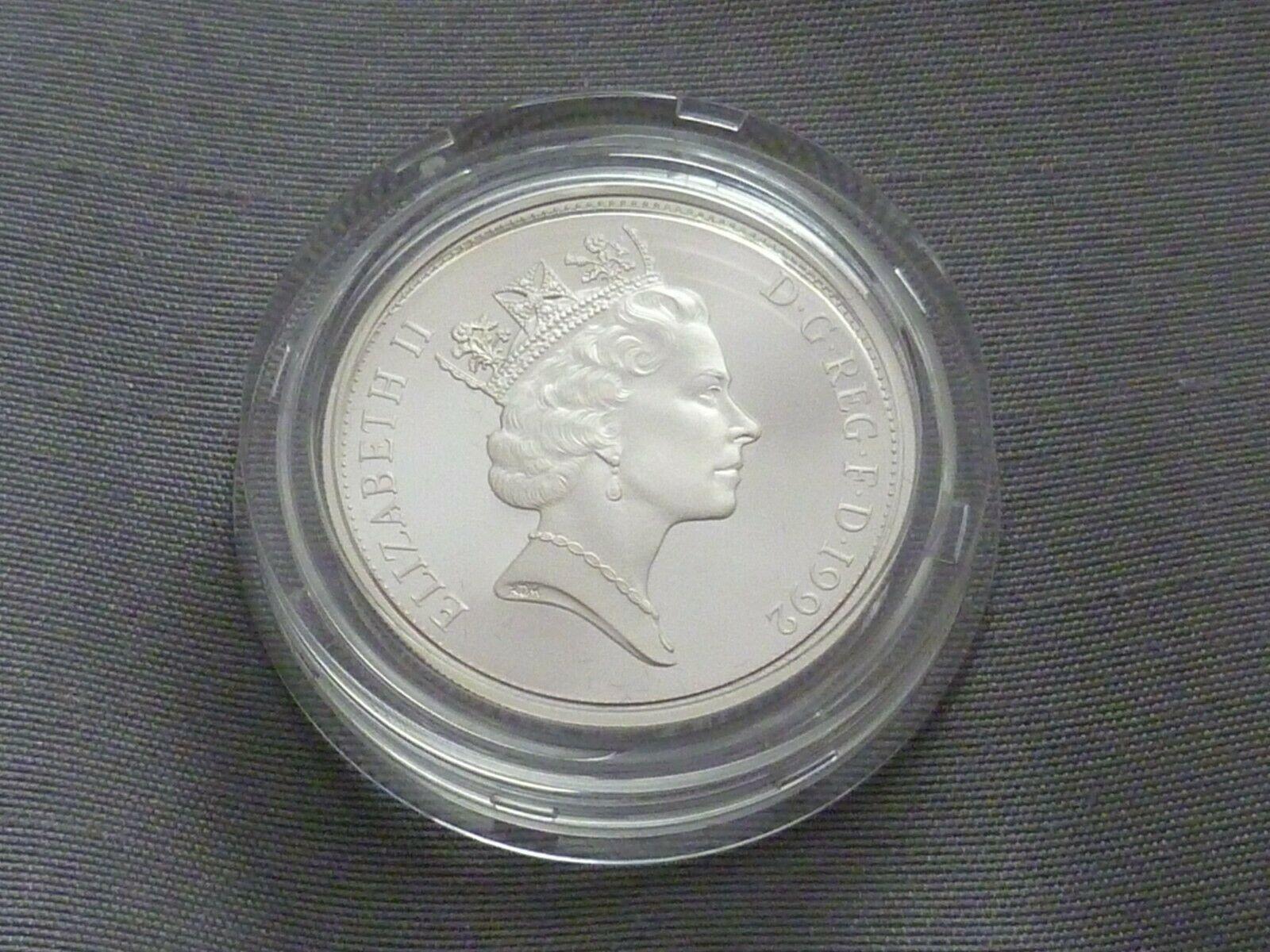 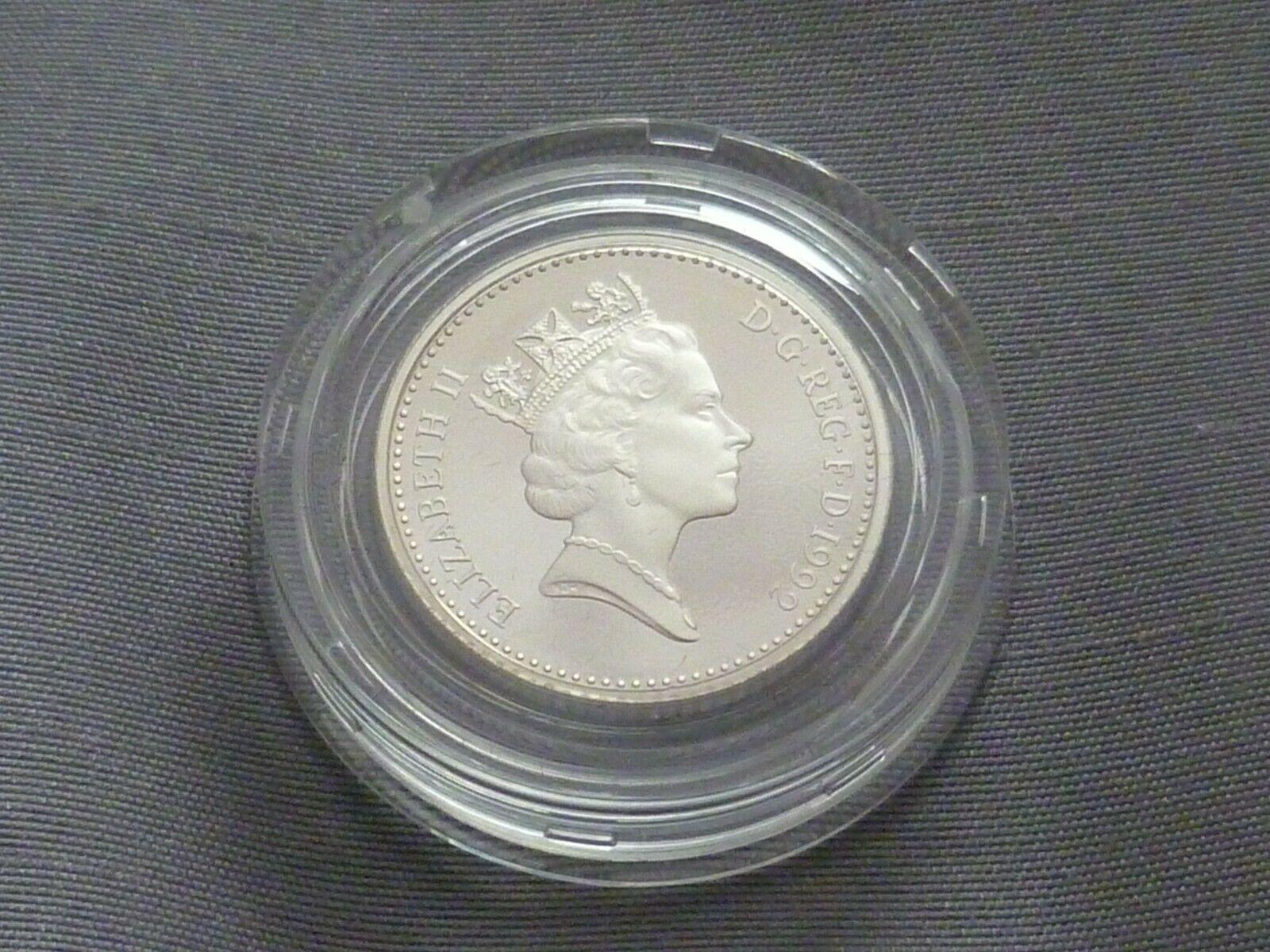 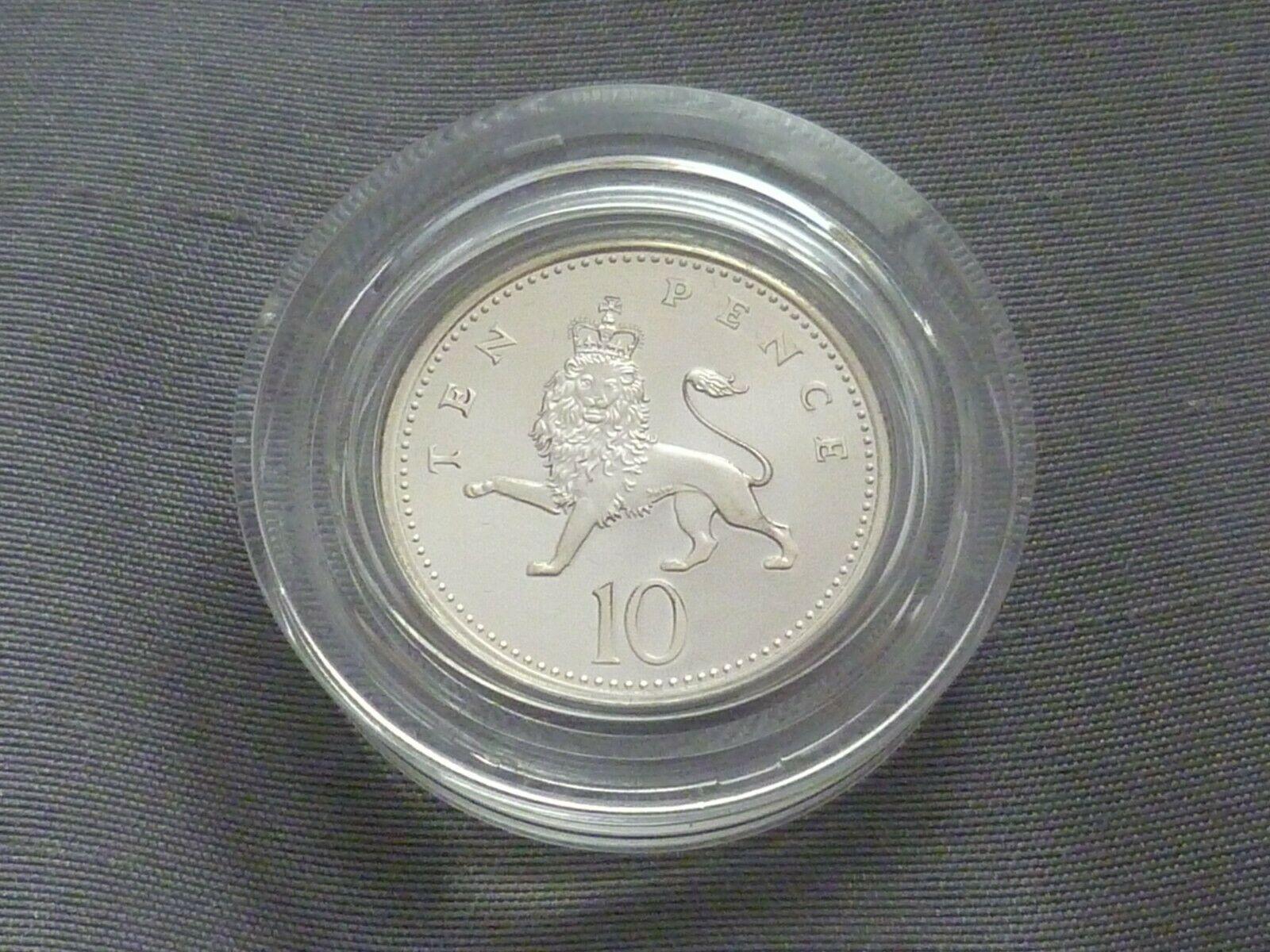 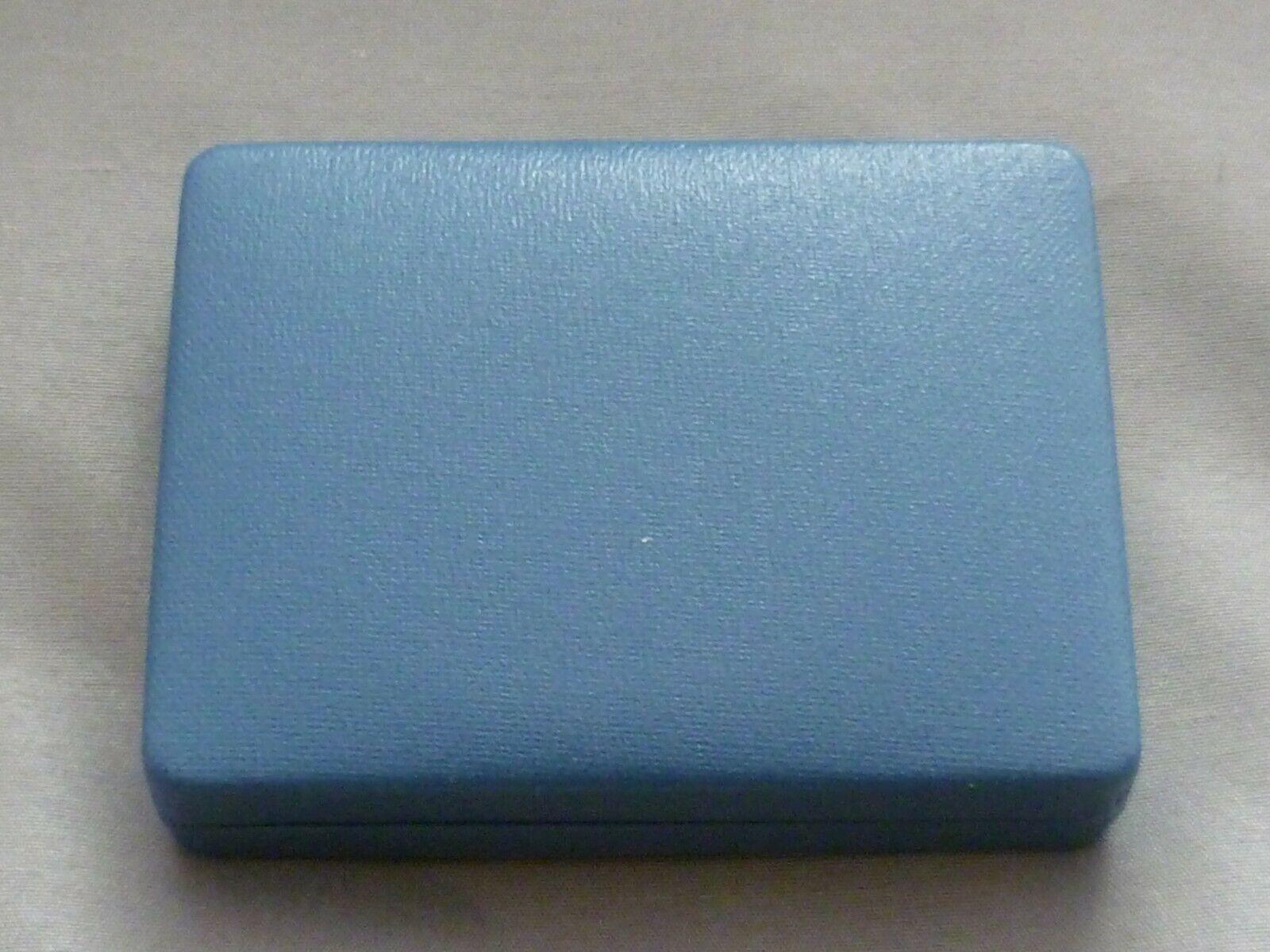 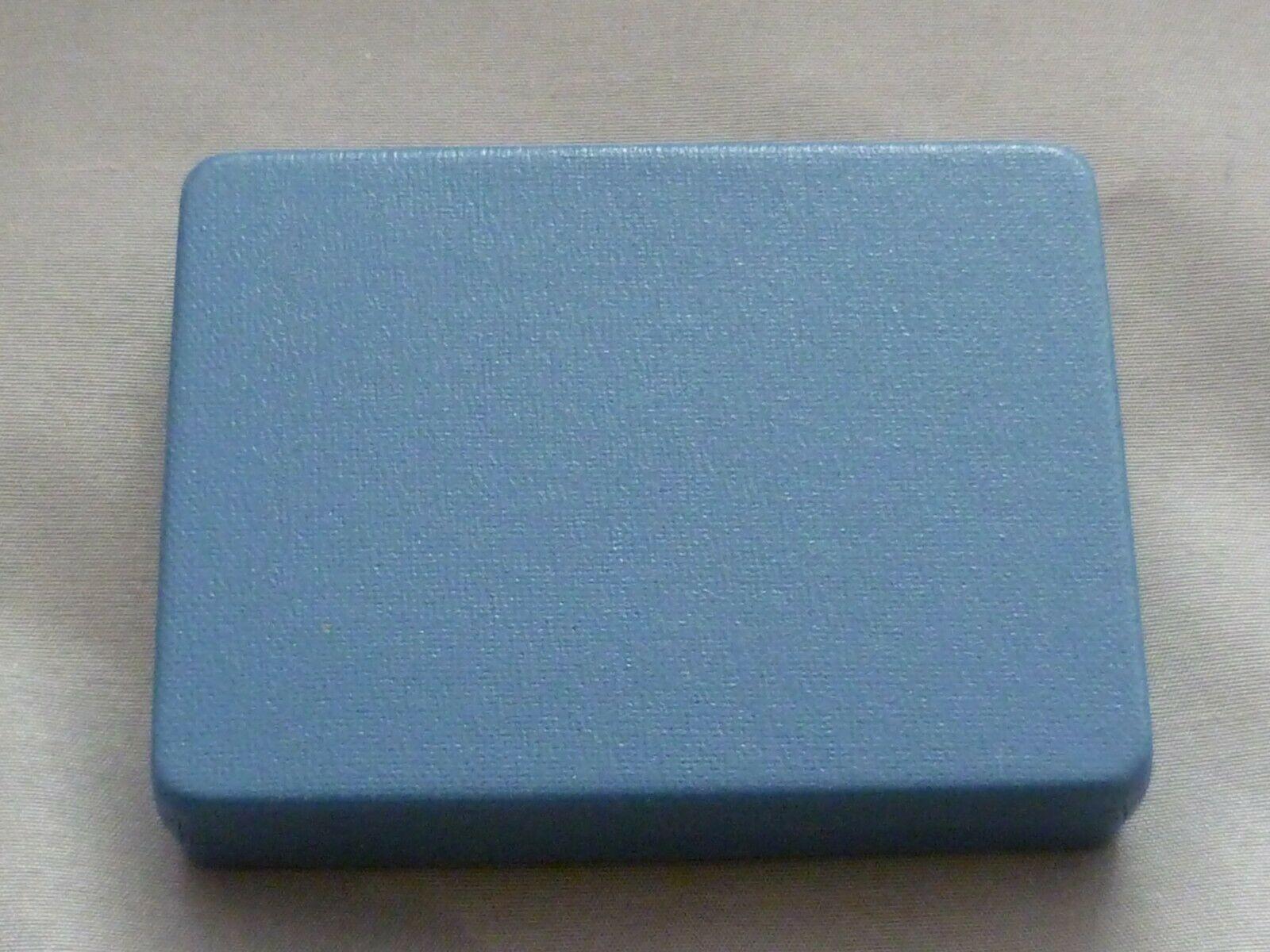 To commemorate the introduction into circulation of a new, smaller ten pence coin in 1992, the Royal Mint issued a limited number of silver Proof two-coin sets containing the last of the original ten pences and the first of the new.

With the alteration to the five-pence and the withdrawal of the large ten pence, and its predecessor the florin, we bid a final farewell to the old £sd coinage.  These changes effectively remove from circulation the last traces of the coins struck before decimalisation.

Both coins in this set bear on the reverse Christopher Ironside's design featuring a lion passant guardent royally crowned.

Raphael Maklouf's elegant portrait of Her Majesty Queen Elizabeth II is featured on the obverse of each of the coins.

Both coins are legal tender and have been struck in sterling (.925) silver to the very highest Proof quality.

Only 35,000 of these sets have been issued for worldwide distribution.

The coins are encapsulated and housed in a Royal Mint case, with it’s certificate of Authenticity.

A quality piece for the collector of the Silver Proof coin sets, which is getting harder to find.