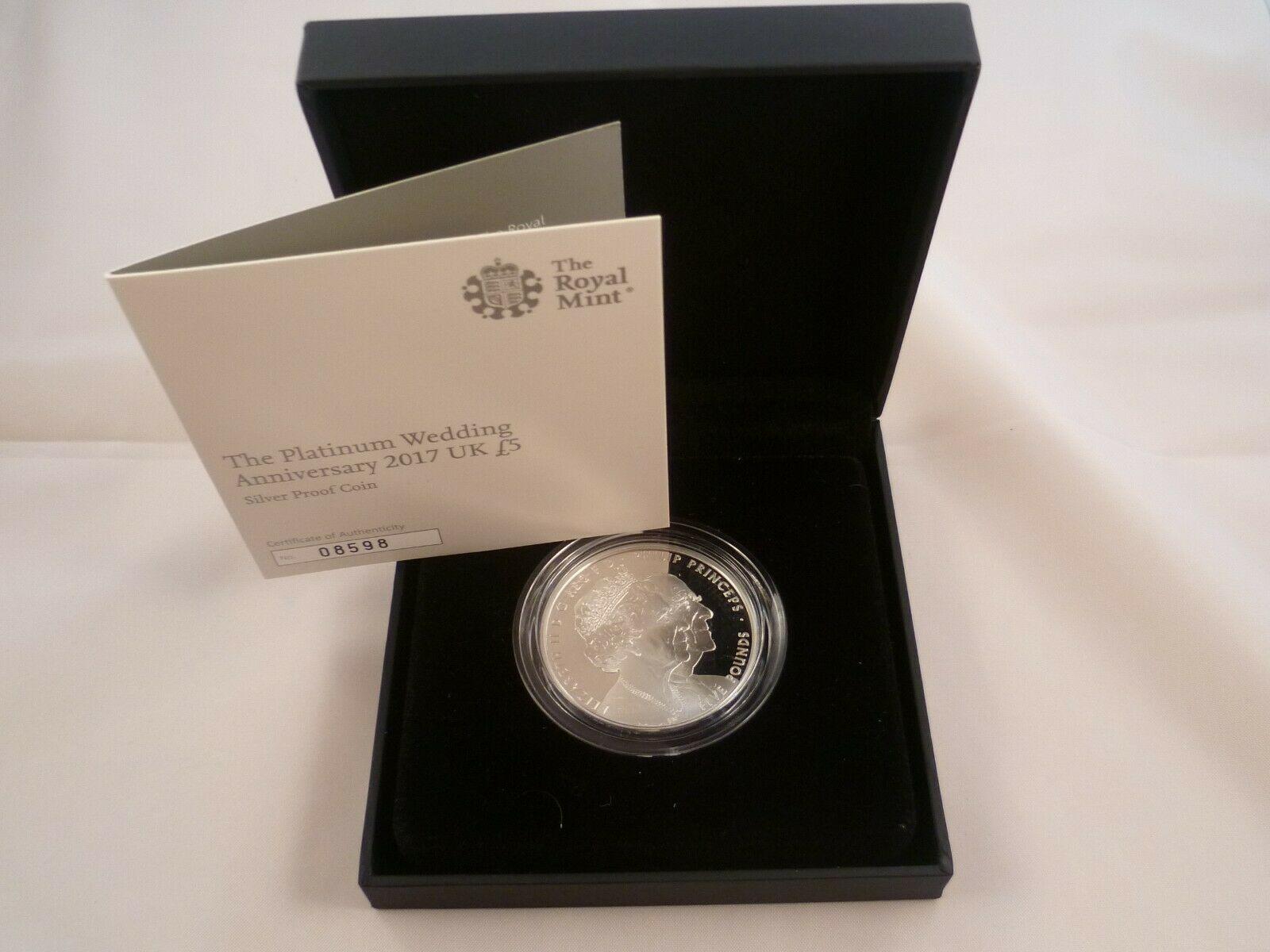 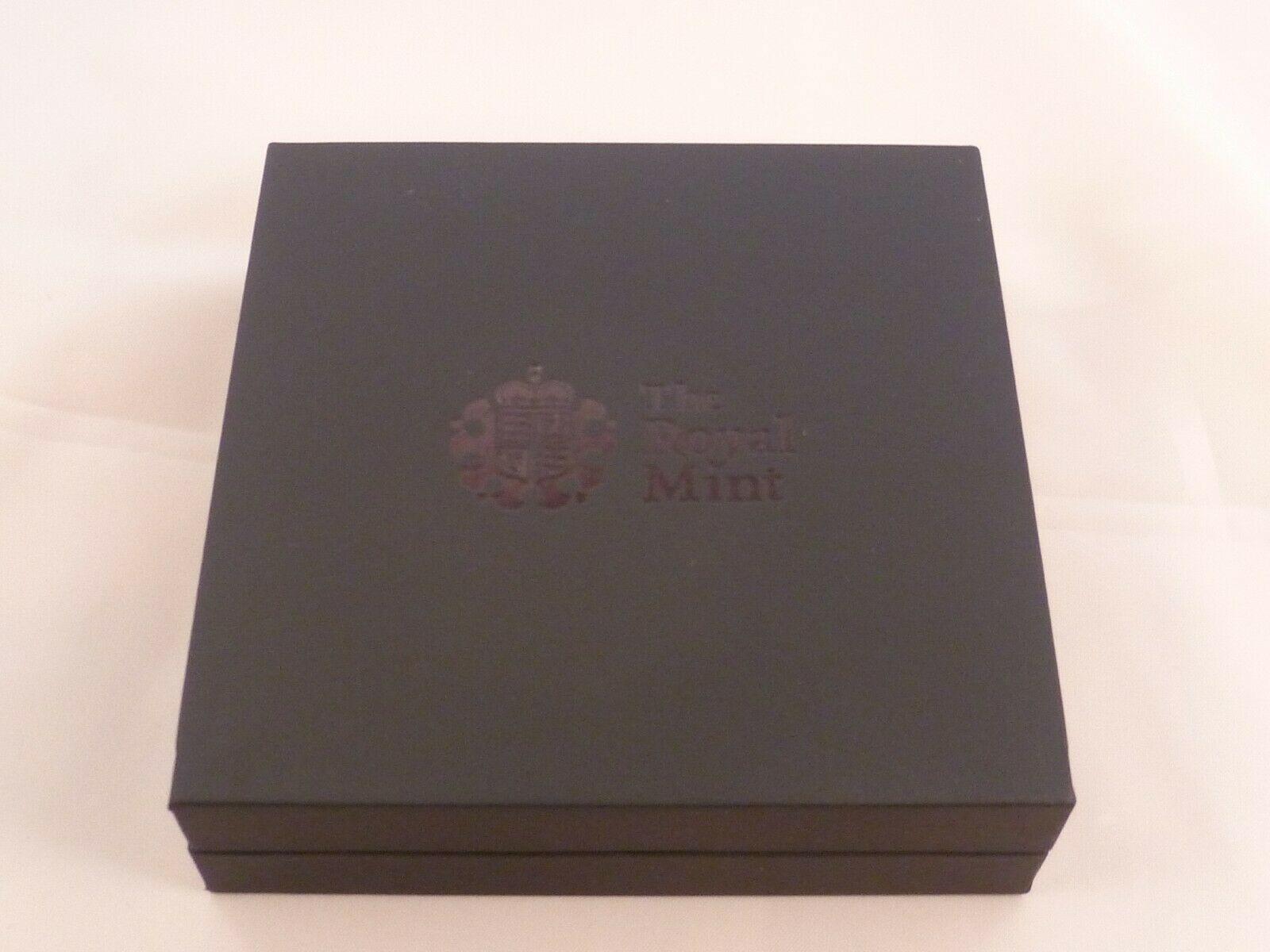 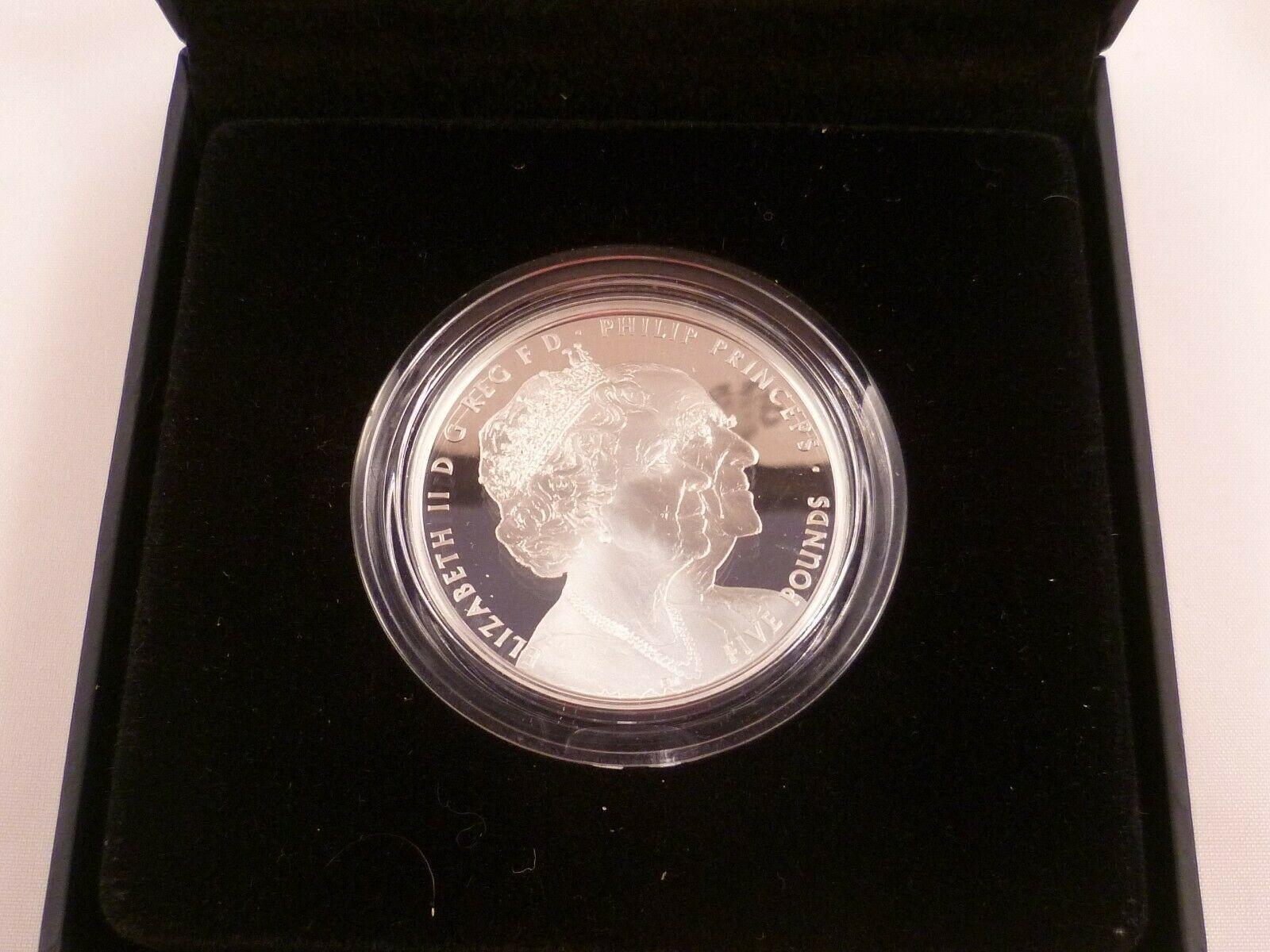 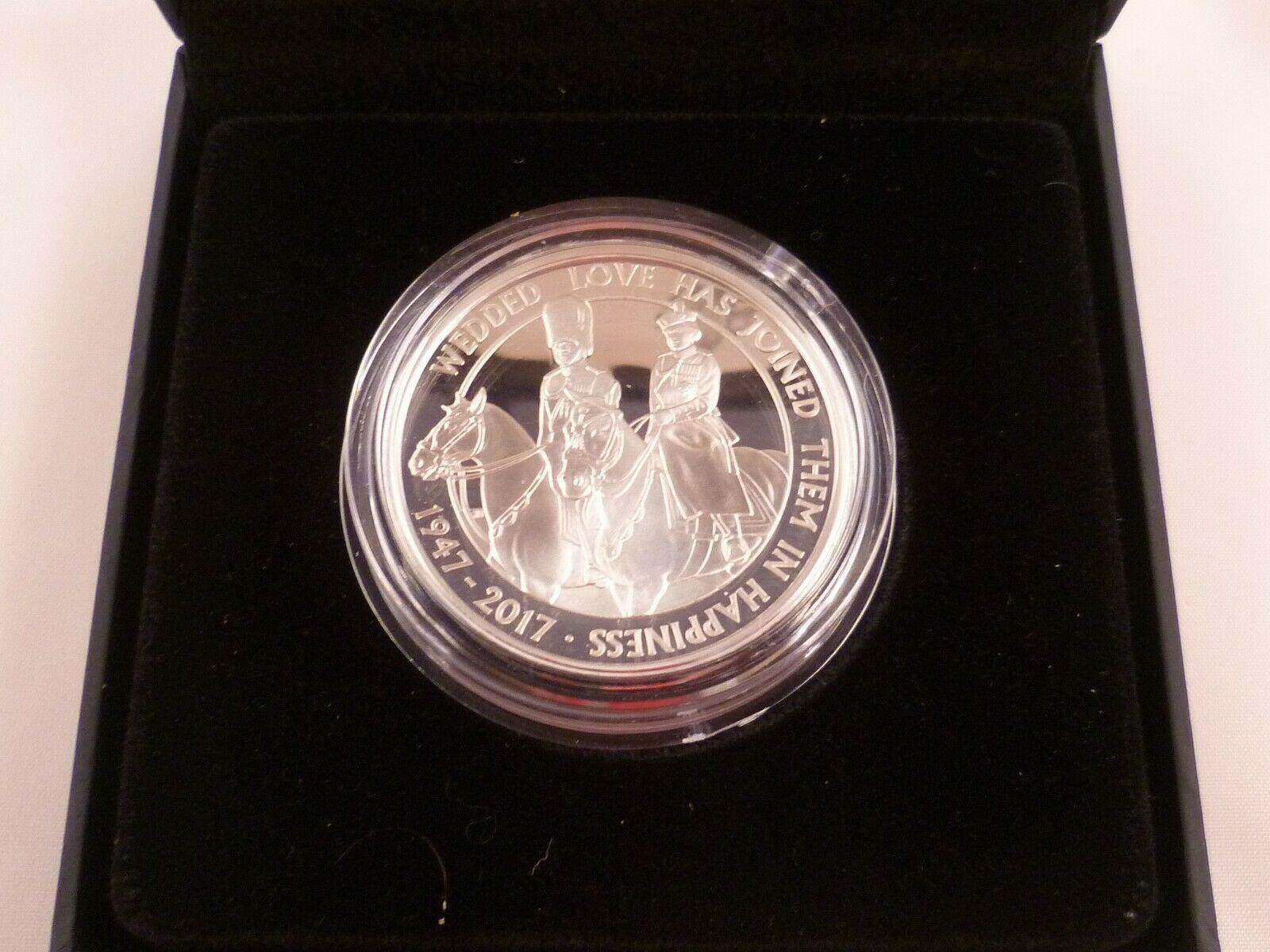 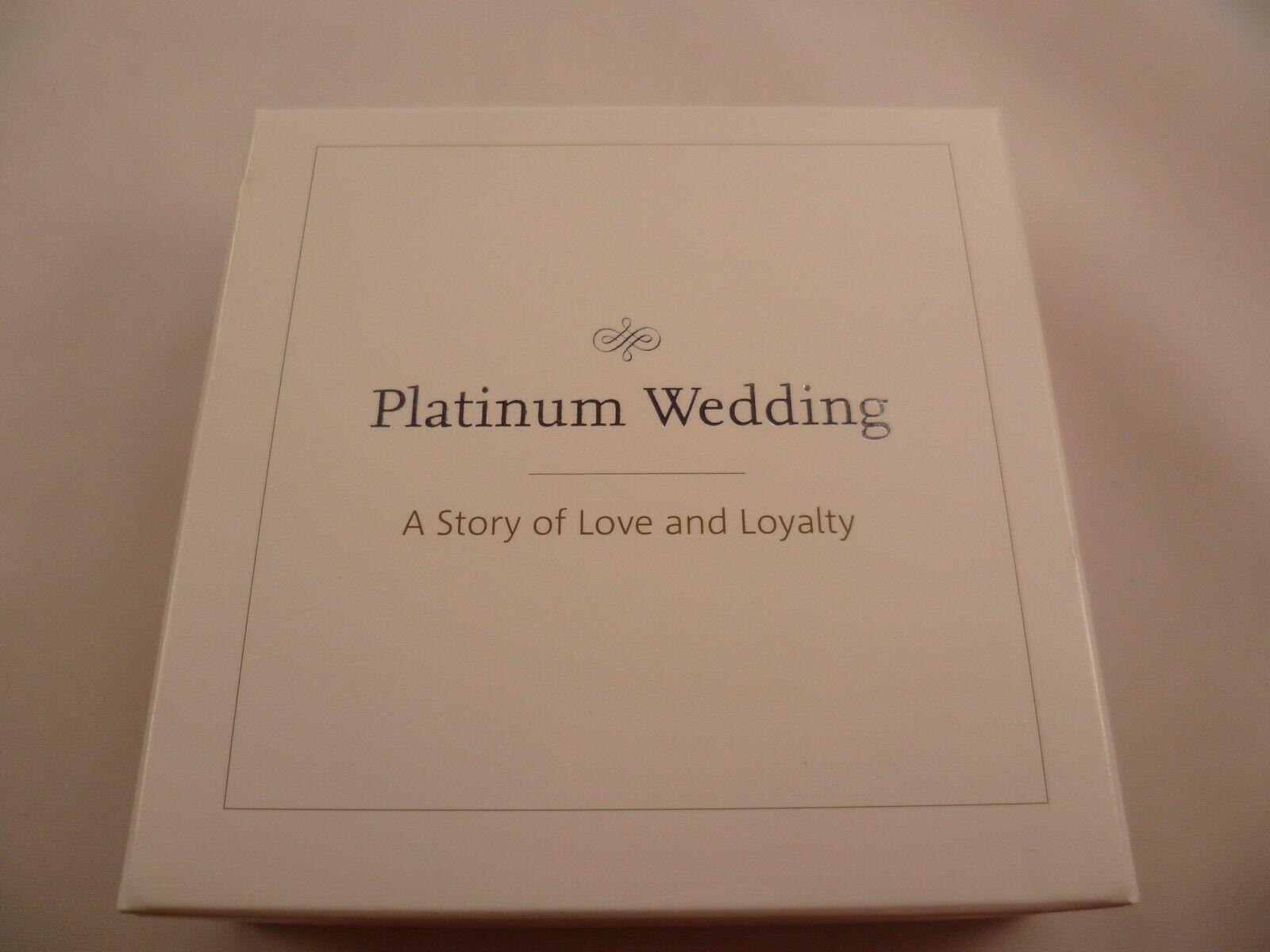 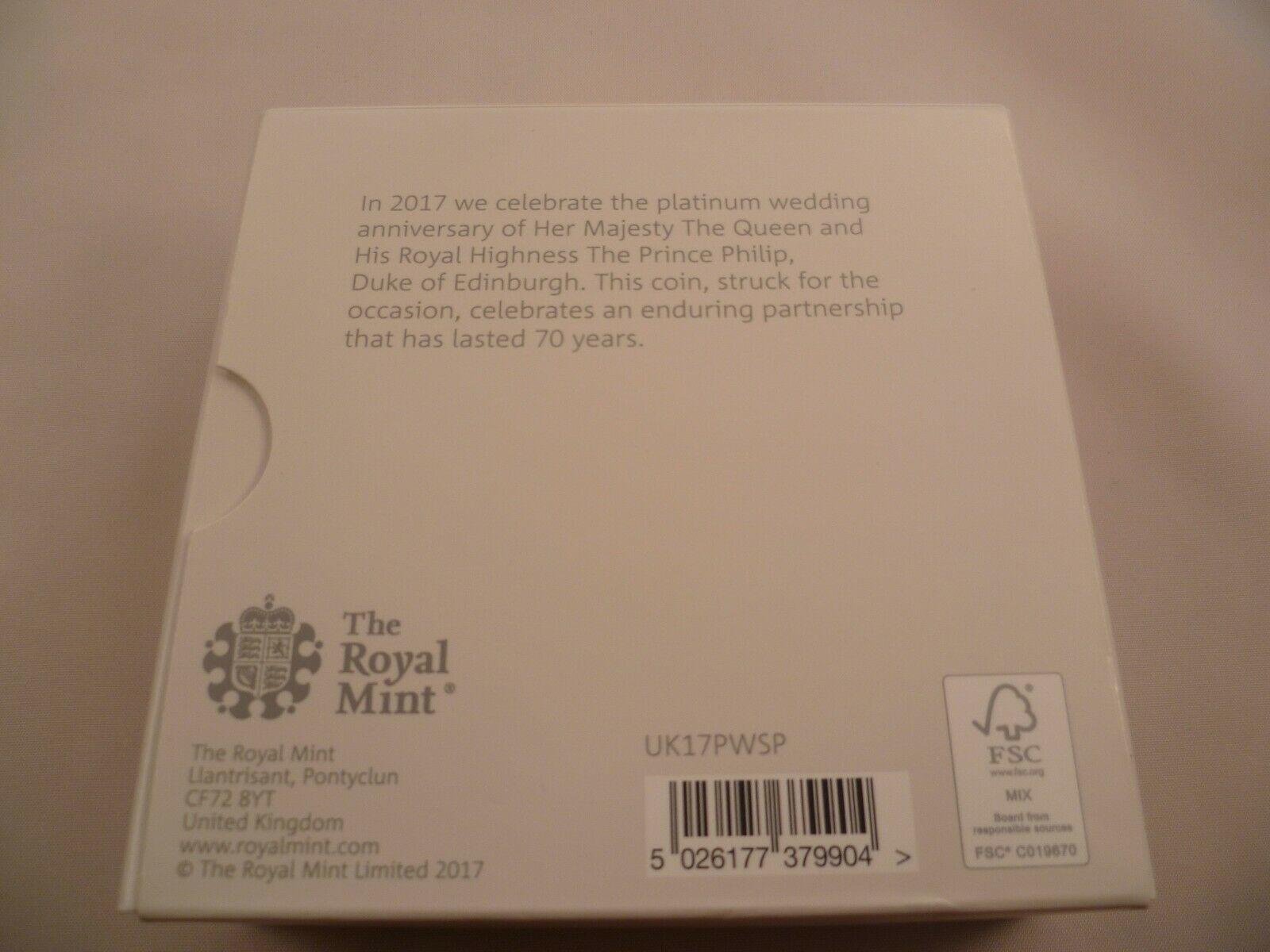 This silver proof coin comes in a presentation box, accompanied by a booklet (crease to front cover) about the Queen and Philip's years together. It also comes with a certificate of authenticity from the Royal Mint.

The obverse was designed by Etienne Millner and shows Queen Elizabeth II and Prince Philip. It is the only official UK coin in 10 years to feature a combined portrait.

The reverse was designed by the Royal Mint artist, John Bergdahl. It shows The Queen and Prince Philip riding horses, side by side. The text reads: